These dogs are famous for their thick bear-like coats and constantly wear a dignified look. Chow Chows are true introverts and take time to warm up to humans. When they do however, they can be really loyal and protective.

Chow Chow has a fierce streak of independence and stubbornness. So much so that many owners believe them to have personalities more similar to their feline counterparts: Cats! They are not as eager to please as companion dogs are, and do not often display their affection outwardly. They can be rather aloof, especially towards humans strangers. They are more likely to treat a new human as a threat rather than a friend.

However, such wariness ultimately stems from their protective instincts. They are only as hostile insofar as they are in territories they deem theirs. When brought to more neutral locations, like the local park or even a friend’s house, Chow Chows do display much less aggression.

Ultimately, Chow Chows are highly loyal dogs who spend their lifetime protecting their owners. The true authentic bond an owner forms with a Chow Chow will be unlike anything you have ever experienced.

Key Measurements of a Chow Chow When I decided to purchase my dog (a Chow Chow), Nicole also accommodated my pick up timings. And shared the after-care matters with me. Thanks for the assistance. I am thankful and hope my Chow Chow will thrive well:) 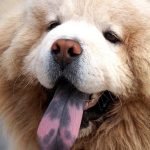 When I decided to purchase my dog (a Chow Chow), Nicole also accommodated my pick up timings. And shared the after-care matters with me. Thanks for the assistance. I am thankful and hope my Chow Chow will thrive well:)
https://singaporepuppyadoption.com/testimonials/accommodating-team/
5
1
SingaporePuppyAdoption

The team is patient

Adopted my chow chow from SingaporePuppyAdoption. The team is patient and explained the care and management clearly. They were not pushy and also checked with me regarding my interest. 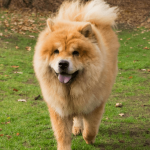 Adopted my chow chow from SingaporePuppyAdoption. The team is patient and explained the care and management clearly. They were not pushy and also checked with me regarding my interest.
https://singaporepuppyadoption.com/testimonials/the-team-is-patient/
5
1
SingaporePuppyAdoption

Very well staffed and information was detailed with all the checklist and purchasing procedures are well worth the experience of getting my first snowy dog. The widest range of dogs available to view from all the pet shops we went. Weekends very full 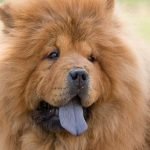 Very well staffed and information was detailed with all the checklist and purchasing procedures are well worth the experience of getting my first snowy dog. The widest range of dogs available to view from all the pet shops we went. Weekends very full
https://singaporepuppyadoption.com/testimonials/well-staffed/
5
1
SingaporePuppyAdoption

A Chow Chow is perfect if you want a dog who…

The stocky frame and furry coats of Chow Chow means that they carry some resemblance with small bears.

Whilst Chow Chows may be introverts, they are aware of their surroundings and make for good watchdogs.

Chow Chows do not require excessive exercise. One hour of moderately-intensive walks are more than enough.

As introverts, Chow Chows are rather quiet, so pet adopters never have to worry about their unsolicited barks.

Chow Chows are not the healthiest dog breed, and are susceptible to several health conditions. Elbow and hip dysplasia are observed in at least 25% of all Chow Chows. Learning about these conditions goes a long way in helping you mentally prepare for a life with one of them. Chow Chows are also not great with heat, and can overheat if they stay under the sun for too long. It is advisable to keep them indoors wherever possible. Their coats may also be difficult to maintain when exposed to water on a regular basis.

The most distinctive feature of a Chow Chow perhaps lie in its thick and dense coat. However, unlike the Japanese Spitz, their coat requires quite a bit of maintenance. For one, the furs can get easily tangled. Pet adopters should therefore be prepared to brush their coats at least once every day. Whilst Chow Chows are seasonal shedders and usually only shed twice a year, it can still get rather messy during these times of the year. Be prepared to collect their furs in large trash bags when the time comes.

Chow Chows can be rather suspicious towards strangers when they are not socialised properly at a young age.

Confidence and stubbornness is a fine line which Chow Chows walk every day. They require experienced owners.

Chow Chows are not the healthiest dogs out there, and require constant treatment for inborn medical conditions.

Coexisting with a Chow Chow

Chows Chows have double coats that come in a variety of different colours, from red and black to even blue and cinnamon. Their legs are straight, which gives that a stilted gait when they walk. Their tails are short, covered with fur, and are always curled over the back. Their ears are erect, although only the tips are usually seen due to their heavily-furred body.

Similar to bulldogs, Chow Chows have small and compact bodies, which give them a muscular build. Their tongues are famously blue in colour, and is a trademark characteristic of the breed. Black tongues are also common. I’ll do best in a home with children aged 12 and up. I’m selective. I don’t dislike dogs, but I do best when I have time to adjust. I’m still testing the waters with cats. I’ll do best with time and management.

Basic profile of a Chow Chow

Chow Chows are dogs that have moderate exercise needs. Yet, whilst they will need outdoor activities everyday, these activities need not be high octane. Moderately paced walks or casual games of fetch are more than enough. If you have other pet dogs, you can just bring them out and let them have some fun together.

However, Chow Chows do not do well in heat. It is therefore not recommended to bring them out for afternoon walks. Instead, early morning or late evening are more suitable times to take them out of the house.  Monitor them closely, for they can be prone to overheating.

Chow Chows generally are more prone to health issues. For example, hip dysplasia and elbow dysplasia are rather common within this medium-sized breed. Other known medical conditions include luxating patella and eyelid entropion.

The thick coats of Chow Chow also mean that they are more susceptible to developing chronic skin diseases and allergies. Recognising these problems as early as possible is important in managing these conditions. As long as regular health checkups are done, and advice from the veterinarian heeded, these dogs can still lead generally healthy lives.

Chow Chows can be a tricky breed for training. Whether its socialisation training or obedience training, the best time to start is during their early puppy months. That’s when they are most receptive towards training. Any later and you might find yourself facing an uphill battle in getting these dogs to comply with instructions.

Lots of patience is required when working with Chow Chows. Just like the Beagles, harsh training techniques do not work well. Instead, positive reinforcement are what gets the best of them, so always remember to reward them for good behaviours.

Whilst they are medium sized dogs, Chow Chows are not particularly active, and therefore do not have high calorie requirements. everyday. Instead, a health range would be between 1,000 to 1,300 calories per day. Also, all dogs have high protein needs and Chow Chows are no different. At least 10% of their diet should contain protein.

Whilst dog treats can be a great tool when training them, be careful not to let them develop an over-reliance. It could be difficult to reduce their cravings for these treats as they get older.